Hi there again, dear readers! I’m glad that you are able to find time to read my posts as well as I enjoy sharing these experiences and views with you!

Today I want to tell you about a man whom we met in India. He was our neighbor..about 34 years old. He had a job in Northern India (We were at the southernmost tip) and his wife and son were with him there. He came back to south India for treatment, as he had a tumor in his brain! It was growing constantly and gave him a lot of pain everyday! He was on the verge of death..

He came in seeking prayer. Well, my father prayed for him one night. He repented with all his heart and shed tears enough to flood the whole house! He was so speechless from guilt on one side and the power of the peace of Christ penetrating him on the other. After that my father prayed for him and rebuked the devil that had taken hold of his brain and life in the Holy name of Jesus Christ of Nazareth.

After that, he was a changed man. He was much more active and lively! He told us of how 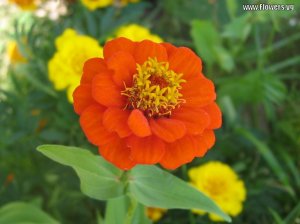 he used to think every month (he had to have MRI scannings every month, and it cost him a lot of money) when he withdraws money from the bank, “Why am I doing this? What’s the use if I’m dying? It seems silly to use up so much money just to find out how much more it’s grown in me…”

But now the case was different… he no longer had pain, and his head felt light.. Again, he was a changed man!

But as he had already scheduled a scanning and paid for it before coming to us, he went for his final scanning.. and the results surprised he himself as well as the doctors! There was NO TUMOR! It had completely disappeared!

We had scheduled his baptism and were waiting for his wife and son to get vacation so they too could come and be baptized. But to our dismay, a few weeks later, he fell into the depths of sin. The devil had tempted this weakling too much.. he plunged into the darkness of sin  again so much he couldn’t even think of God anymore.

And now, he is on his death bed.. His wife and child who had come excited about being 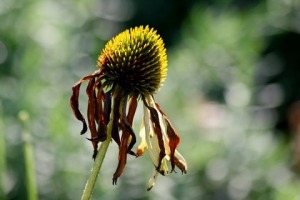 baptized, came to a man on the verge of death again as punishment for his sin. The devil gave him cancer in his throat. This event took place just a few months ago, and he still is in his deathbed, awaiting death’s call at any time.

My friends, don’t be like this person.. do not take the miracles of God for granted.. don’t take advantage of the miraculous healing and deliverance God gives you in your life to sin with the new health He gifts you with. If you take advantage of the chance God gives you in life, then  God will take away the shield of protection He had spread over you, and you will become even more vulnerable to the devil’s attacks..

Until then, God bless you and keep faith!